Many homeowner’s whose houses were flooded, damaged, or destroyed in the Colorado floods are learning that their standard homeowner’s insurance DOES NOT COVER FLOODS. You must have separate flood insurance and there are several hoops to jump through for this.

However, here is some good news. The IRS calls the property damage and destruction resulting from  unexpected calamities (floods, fires, and storms to vandalism or even terrorist attacks, etc) casualty losses.  For many home owners, casualty losses can be tax deductible but some special rules apply.

To figure your loss, the IRS requires you to determine the fair value of your personal property. Personal property could be anything from a big-screen TV to an entire house. Here’s a simplified way to calculate your deduction:

In reality, filing for casualty losses can be more complex, warns Phillip L. Liberatore, a CPA in La Miranda, Calif. Everything from your income level to how you value your property can affect deductions. Read IRS Publication 547 and consult a tax adviser.

For Hurricane Katrina victims, the Fed eliminated the 10% rule. Legislation has also been introduced for victims of Superstorm Sandy.

A common misconception about casualty loss deductions is that they equate to the property’s replacement value. Not so. The amount you can deduct is the lesser of the property’s decreased value or its adjusted basis.

On the other hand, say you bought a piece of furniture for $50,000. Years later it’s depreciated in value to $20,000 and it’s destroyed or stolen. Your starting point is $20,000, the deprecated value. To calculate the deduction, apply the $100 and 10% rules. What’s left is your allowable deduction.

Although the term “disaster area” is often used casually, an official disaster declaration can only be made by the president through a formal process. When the president declares a disaster, taxpayers are eligible for additional relief. The president HAS named certain areas “disaster areas” from the Colorado floods but more info should be available soon. As of the time of this post the details and locations are not known officially.

You can claim disaster losses suffered in 2013 on your 2013 tax return or on your 2012 return, whichever is more advantageous. You’ll need to file an amended return if you decide to apply them to 2012. Use Form 4684 to figure your disaster loss and report it on Schedule A.

Here’s how it would work:

Tax professionals have said the IRS usually extends deadlines, such as due dates for estimated tax payments, for taxpayers in federally declared disaster areas. For example, victims of the tsunami that hit American Samoa on Sept. 29, 2009, were given a three-month extension to Dec. 28.

FEMA keeps a list of major disaster declarations and emergency declarations that are eligible for favorable tax treatment. When in doubt, check with FEMA or call the IRS disaster hotline at 1-866-562-5227.

Returns with large casualty losses often have a high rate of audit, so it’s important to document your deductions. Keep careful records, including photos, receipts, and insurance claim reports.

If you opt for professional tax help, fees can range from $500 to $3,000, depending on the complexity of the casualty claim. Figure it could take up to a week of your time to assemble documentation and fill out paperwork. I have a great CPA I use – his name is BJ McGraw w/ McGraw McGraw CPA. 303-427-6641×26. Tell him Mike referred you to him.

Your state taxes can also be affected by disaster losses. How and by how much varies from state to state, and usually depends on the severity and scope of a disaster. The best resource for information is the Colorado Department of Revenue.

This article provides general information about tax laws and consequences, but shouldn’t be relied upon as tax or legal advice applicable to particular transactions or circumstances. Consult a tax professional for such advice

Honest, Liable and Knowledgeable in the Market

Well, we contacted Michael back on 2020, just to have a consultation. Then we called him back last year {2021) around June I believed, asking him question on when we should...

Phenomenal Team to Work With

Mike, Kindra, and Tami are a phenomenal team to work with during the house buying process! They took care of us from start to finish. In this insane market, they worked har...

We took our time to find a real-estate agent because we knew we were coming in from out of state. We knew we needed someone we could trust and that would have our best inte...

Felt welcomed, safe, listened to, and taken care of

We are pleased with the service. As members of multiple minority communities, we felt welcomed, safe, listened to, and taken care of. 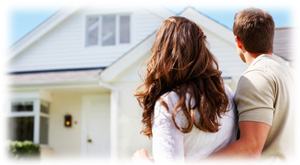